Kashmir Valley’s Saffron received the geographical indication (GI) certification from the central Government in a boost to the home-grown spice. This is expected to raise the Saffron prices in the international markets.

Jammu & Kashmir’s Lieutenant Governor (L-G), Mr Girish Chandra Murmu said, “This is the first major step to put Kashmir Saffron on the world map, thanks to the GI tag. The recognition would help Kashmir Saffron to acquire more prominence in the export market and would help the farmers get the best remunerative price”.

The L-G also congratulated Mr Altaf Aijaz Andrabi, director of agriculture, J&K, for his relentless pursuit for the GI tag for the homegrown Kashmiri spice.

He added that this move will aid in restoration of Kashmir’s saffron’s pristine glory which has been a top priority for both the union territory (UT) administration and the Central government.

The saffron industry will be benefited by the inauguration of the state-of-the-art Spice Park at Pampore in south Kashmir in August under the National Saffron Mission (NSM).

Mr Navin K. Choudhary, principal secretary, agriculture production department, J&K, said, “GI certification establishes specific geographical origin and certifies certain unique qualities of the product. GI certification enables those who have the right to use the sign in order to prevent a third party from using the sign. The GI certification would also stop the prevalent adulteration of Kashmir Saffron and the authenticated spice would fetch a much better price”.

He added that Kashmir Saffron is the only one spice in the world grown at an altitude of 1,600 metres, making it a one-of-a-kind variant that is known for its unique characteristics such as natural deep-red colour, aroma, bitter flavor, etc.

Mr Choudhary further said that the sprinkler irrigation system is being installed in saffron fields as per L-G’s instructions and is expected to be completed in the next two months.

Minister of Railways and Commerce & Industry Mr Piyush Goyal reviewed the steps to promote Make in India products in procurement process of Indian Railways as well as Government of India.

During the meeting, Shri Piyush Goyal urged to take measures to generate confidence in industry of corruption free and transparent procurement environment on Indian Railways.

While reviewing the steps to promote Make in India products in procurement process, it was emphasised to increase the participation of local vendors in procurement process. It was also decided to that local content clause in the procurement should be such that we may get more bids from local vendors/suppliers. This would also give a boost to mission Atma Nirbhar Bharat. Active support of DPIIT was sought to make suitable policy revisions, if required, to facilitate the efforts of Indian Railways in this direction.

It was felt that encouragement needs to be given to such vendors who can supply higher locally manufactured content. It was also suggested to create a FAQ section and a helpline number so that vendors may get clarity on various issues relating to procurement process.

Detailed presentation was made by the Member (Materials Management), Railway Board on enhancing Make in India and steps being taken to procure through GeM along with the progress made.

The review meeting was also attended by Minister of State of Railways Shri Suresh C Angadi, Railway Board Members, CEO/GeM and representatives of DPIIT, Ministry of Commerce.

A need for devising strategies for further increasing the participation of Indian service providers and component manufacturers was felt. Government e-Marketplace (GeM) is a highly innovative idea in public procurement, across the globe. Shri Goyal emphasised the need to do Railway goods and services procurements of approximately Rs 70,000 crore (US$ 9.93 billion) on GeM platform to open up the market to industry even at remote places and specially MSMEs.

Indian Railways, one of the largest procurement agencies of the Government of India, is integrating its procurement systems with GeM to use GeM’s full potential. The department shared the timelines for integration of Indian Railway e-Procurement system with GeM. Railway emphasised the need to have a seamless integration of the two systems eliminating need for any manual interface. Strength of both the systems i.e. Railways IREPS and GeM should be productively leveraged to generate synergy to take the Railways procurement to GeM’s full potential.

Post integration GeM is intended to move further in the direction of becoming single point public procurement portal for all agencies of Government of India.

During the meeting ways and means to create a corruption free public procurement environment in India were discussed in which Ministry of Railways, DPIIT and GeM have extremely important roles to play.The need for engagement of industry for developing more indigenous vendors to participate in the growth journey of the Indian Railways was emphasised in the deliberations.

During the presentation, it was decided that Railways would work more towards having a user-friendly single step vendor web-based interface for all its activities. The website should, transparently, provide every interested vendor a clear idea of how to do business with Indian Railways. The website should have all relevant information to generate confidence of corruption free and transparent environment on Indian Railways.

Shri Ravi Shankar Prasad, Minister for Law & Justice, Communications, Electronics & Information Technology, said, “The MyGov movement must go forward”. He was speaking at the event of celebration of 6 years of MyGov.

Shri Prasad appreciated the work being done by MyGov and called upon to take initiatives to take citizen engagement through MyGov to every Municipal Body and to every district and every panchayat, and be a catalyst for giving a platform to the most talented minds to share their ideas. Hon’ble Minister also called upon MyGov to enable effective data analytics and ensure that suggestions given by citizens are shared with concerned departments and mature into actionable items.

The online event was graced by Shri Sanjay Dhotre, Minister of State for HRD, Communications, Electronics & IT; Shri Ajay Sawhney, Secretary, Ministry of Electronics and IT; and Shri Abhishek Singh, CEO of MyGov also.

There were some very special guests too: the Chief Ministers of Assam, Uttarakhand, Himachal Pradesh and Tripura, whose video messages were shared during the event.

The Saathis – from Nagaland to Kerala to Mumbai to Kashmir – presented specially composed songs and poems, to mark the occasion, and also shared ideas and suggestions for citizen engagement as also for making our nation – Aatma Nirbhar.

Shri Sanjay Dhotre, MoS called upon MyGov to aim for outreach governance by building upon and strengthening participative Governance.

Shri Ajay Sawhney asked MyGov to expand its outreach in regional languages to reach to every person in the country.

MyGov citizen engagement platform was launched on 26th July 2014 by Minister with the vision of MyGov as mentioned by Prime Minister: “Let us join this mass movement towards Surajya, realize the hope and aspirations of the people and take India to greater heights.”

Mygov.in was conceptualized as a common platform for Indian citizens to “crowdsource governance ideas from citizens”.

MyGov platform provides an opportunity to citizen and all stakeholders from across the world to share their views on key governance issues across all stages by directly engaging with the Government Departments, policy makers and implementers.

MyGov successfully transformed to a sought-after citizen engagement and dissemination platform for government programs and policies. Since its launch in 2014, MyGov has more than 122 lakh registered users, around 778, 000 submissions have been made in 953 tasks and around 45 lakh comments have been received in 839 discussion forums. Around 53 lakh people have taken part in 126 quizzes and 33.70 Pledges have been taken in 24 Pledges.

Almost all Government Departments leverage MyGov platform for their citizen engagement activities, consultations for policy formulation as also to disseminate information to citizens for various Government schemes and programs.

MyGov has also launched State instances in 12 States, and other States are in the process of being on boarded.

MyGov’s reach has helped in getting citizen inputs during policy formulation resulting in the development of programs and schemes that are able to address key citizen concerns. It has also helped in expanding the outreach of Government to citizens, thereby improving the image of the Government. MyGov has today evolved into a complete and end-to-end engagement platform with wide variety of engagement models as well as offering Performance Indicators of various Flagship Programmes of the Government.

Today MyGov has become a trusted source of information for citizens during these harsh and tough time of Corona. The team has worked extensively to ensure that timely and correct information reaches to citizen.

On July 24, 2020, Reliance, which manages the biggest refinery complex, gained 4.3 per cent in Mumbai adding US$ 8 billion to take its market value to US$ 189 billion, while Exxon Mobil erased about US$ 1 billion. Reliance has witnessed a 43 per cent rise in its shares this year while Exxon’s shares have dropped 39 per cent as the refineries are struggling across the globe with a plunge in fuel demand. The world’s biggest energy company is Aramco with a market capitalization of US$ 1.76 trillion.

The contribution of energy business in the total revenue in the year ended March 31 was about 80 per cent, Chairman Mr Mukesh Ambani’s plan to expand the company’s digital and retail arms and has so far attracted US$ 20 billion into the Jio Platforms Ltd. unit. This has helped in adding US$ 22.3 billion to Ambani’s wealth this year, driving him to the fifth spot in the Bloomberg Billionaires Index.

The deals involve investments from Google to Facebook Inc. into digital platform in recent months. The 63-year-old tycoon has identified technology and retail as future growth areas in a pivot away from the energy businesses he inherited from his father who died in 2002.

The large scale global oil demand has seen a decline to some 30 million barrels a day, or a third of regular usage, in April and has caused trouble in energy markets, from which they’ve only recently started to recover. The big oil companies have suffered because of worst-in-a-generation oil prices combined with OPEC production cuts, leading to collapse of refining margins and millions of barrels of unsold crude.

Welspun Flooring Ltd, which is Welspun Group’s fully integrated and independent vertical, launched a manufacturing facility in Hyderabad, Telangana with a potential capacity of 40 million square metres per annum.

This facility is set up with an investment of Rs 1,100 crore (US$ 156.05 million), is spread across 200 acres. It provides employment to around 1,600 members. The facility will manufacture wide variety of innovative products ranging from carpet tiles, greens (artificial grass) and broadloom carpets (wall to wall carpet) to the patented product – the Click-N-Lock tiles.

The Welspun Group is also developing a manufacturing plant adjacent to this for its emerging business-like advanced textiles. It plans to investment Rs 400 crore (US$ 56.75 million) over a span of two financial years.

“The flooring business is meant to complement the group’s existing businesses such as home textiles”, said Welspun Group chairman Mr B K Goenka.

“Our retail brands like Welspun and Spaces has gained high consumer acceptance and continues to drive our growth in the evolving domestic market. We are now entering another exciting phase of our growth with foray into the flooring segment. This emerging business is poised to benefit from the synergies with our existing businesses and large customer base, thereby creating a strong domestic as well as global growth opportunity,” Mr Goenka added.

“This plant launch is in line with Welspun Flooring Ltd.’s aim to disrupt and transform the new homes and renovation segments of the Rs 35,000 crore (US$ 4.97 billion) Indian tiles market”, Mukesh Savlani, President and CEO- International Business of the company said.

The company also plans to offer holistic flooring solutions for architects, designers, retailers, and customers, and aims to manufacture products for every industry including residential, hospitality, and commercial. It also plans to export to Europe, US, Australia, and the Southeast Asian countries along with focusing on Indian market. 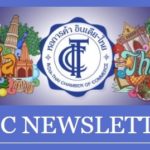 Be the first to hear about our Events and announcement